Would you like to switch to the accessible version of this site?

Don't need the accessible version of this site?

A New Program - The Antidote to Fear 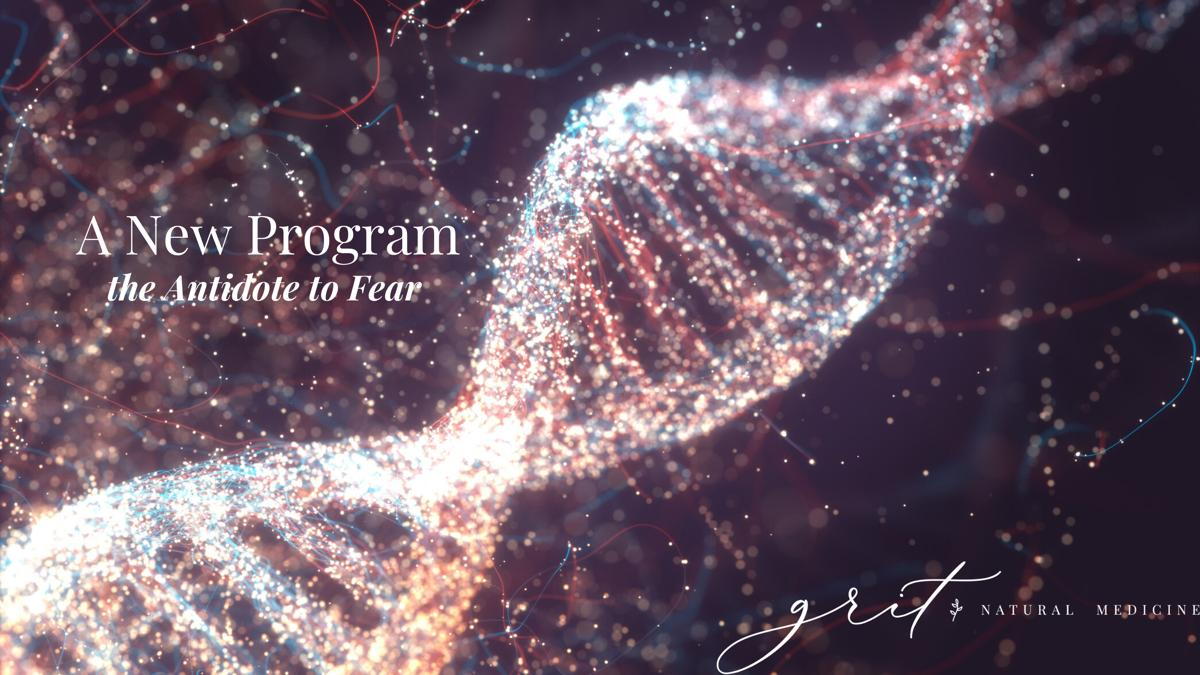 If you taught a bird that it couldn't fly, you could eventually sell it a parachute.

How can you always have the antidote to any fear poison that is handed to you?

You can refuse to drink it down.

If you are forced to drink, you can refuse to absorb and incorporate.

You can refuse to jump from one spoon-fed fear to another – even if it is for the intent of necessary social reform.

A revolutionary shift has to happen.

A radical shift in us that refuses to feed off of fear, refuses to be moved by fear and refuses to need the hit that that comes from the emotional drug that is fear.

We have to be able to see it all, to hear it all, to feel it all and only allow the light in. We get to choose. Let's start radically choosing truth.

I am not going to scare you to “save” you with my potion or program. Even if it is “good.”

The same formula is used to inject poison of all kinds into people. The formula is fucked. As long as fear is the tool or catalyst for motivation, for change, for saving, we are still doing it all wrong regardless of the intent. Never take anything from the hand of fear.

Does this mean our fears aren’t real?
Not at all. But also maybe.

How do we not feel all of these things that threaten us in every way imaginable?
Just like a bird can walk on any treacherous ledge. It can walk anywhere it wants. The fear of falling is almost obsolete. We know this.

But what if the bird was raised only being told that it could walk? That its wings were useless flappy things that could be removed without consequence. Only seeing from its parents and grandparents (also raised under the same programming) that walking was the only mode of transportation available to birds. It would be without the speed of flight and the security of having its own wings. Then when faced with any treacherous path or any unsteady elevated surface, it would fear taking a single step regardless of how desperately it wanted to move and regardless of how much it wanted something on the other side of the journey. From here, you can sell it a million different things to either prevent the inevitable fall or to make the landing softer. The bird can buy it all or never take a step because of the fear and the reality of the risk of falling.

OR it can remember that it is a bird and falling doesn’t matter because it knows how to fly. Walking is inefficient. The landing mat was useless and the parachute although “good” would have only weighed it down. Uncovering the Knowing of this takes courage.

It seems too simplistic of a comparison when you consider the state of our world. The pollution, the corruption, the electromagnetic chaos, the control, the unbelievable darkness. But the fact is that WE haven’t even begun to fully understand human potential. Even with all the studying, we have yet to prove or even uncover all that humans are capable of. The amazing things we do know that could liberate us even at this point are hidden away, disguised as misinformation, or labeled as impossibilities or out of reach to the “average” person through intellectual manipulation. We are trained that we are incapable, susceptible and limited.

If this has to be trained through every means necessary, what does that imply?
That the one being trained (ie YOU), all of those that are being trained possess the opposite qualities.

They must be capable, insusceptible and unlimited.

You must be capable, insusceptible and unlimited.

These are your wings.

You've just been taught at some point that they had no function – they were useless just like some of your organs, just like portions of your brain, and even majority of your DNA. “Vestigial.” “Useless.” “Junk.” No purpose or necessity, just there taking up space - a lot of “meaningless” space. This is what you believe only because that is all that society and “science” could comprehend at one point. It is all that society and “science” wanted you to know. Even when the science changed, the belief in our smallness didn’t. If you believe to any degree that majority of what you are composed of is useless junk, then by default you are running a program that is designed to make you believe that you are weak, flawed, susceptible and need to be helped, fixed and saved.

What if instead, you gave time to consider all that is outside the scope of science and even human understanding. What if you trusted in the reality that there is more beauty, synchronicity, light and power at work throughout the universe working with you, for you, through you, in you, AS you. What if nature was far more intelligent and organized than you know? What if the universe laughs when simple human intellect even the most advanced tries to explain or outsmart what IS and what will always BE? What if that intelligence is at the core of who you are and you already possess the potential to express unbelievably amazing things that have been intentionally and beautifully woven into your DNA?

What if the “junk” in you is actually the most beautiful, powerful, unlimited cosmic treasure?

If you take a chance on believing this and perceiving from here for a moment what is left to fear?

What pathology cannot be rewritten?
What potential cannot be expressed?

You can vehemently disagree and stand up against it. You can see the lies and spread the truth. It can irritate and infuriate you due to the deception, but it shouldn't scare you.
You should not fear it.

Whenever you think something or someone is more powerful than you, you can then be threatened by that thing or person and that creates fear. Then you need something or or someone to save you – often from the same hand that fed you insecurity.

When you can see it all but Know your power, you lose the fear and can take right action based on your internal guidance and Knowing. The more you do this, the more of your power you will uncover.

Don’t confuse intellectual “knowing” with universal Knowing. The intellect is always behind, always changing, always insecure, always grasping and racing and competing and is easily manipulated, skewed and falsified.

Knowing is still, steady and unchanging.

It is your wings.

Walk wherever you want Knowing you can fly.

Medicine Made for You